Posted on February 8, 2013 by lorrainewarren

Brymore School held its annual paper aeroplane challenge on the final full day of the half term to cheers from the crowd.

With a large number of contestants and three main prizes up for grabs this was one contest nobody wanted to avoid. Miss Bradford, ably aided by Tim Stevenson, Gareth Stockton and Mrs Austin as officiates, started the proceedings which involved the entrants having to construct an aircraft from one A4 sheet of paper and launching from the top of the LRC stairs.

Year 11 stalwart Ben Lyons was victorious overall with a huge distance totally over sixty feet, second place fell to Jordan Hobbs and David Lukins grasped third place by a whisker. House points and chocolate were offered as prizes and the gauntlet has been thrown down to those who fell short this year to come up with something better for the next contest. 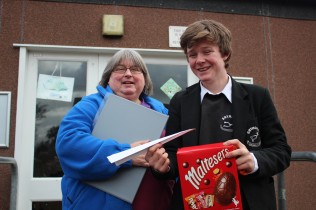 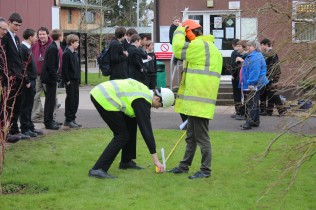