Welcome to the History Department at Brymore

The aim of history at Brymore is to foster the imagination, creativity, and confidence of students. Through a combination of source analysis, independent research, project work, and presentations, students are helped to form their own opinions. They are encouraged to view the world around them perceptively and carefully, with an understanding of what has come before. They are taught to become independent learners who take ownership of their targets and know what they need to do to improve. Students are taught to analyse sources and approach texts with a critical understanding. With the challenges presented with contemporary media, it is as crucial as ever that students develop the ability to critically assess the information they are presented with. Students also have the option of attending Bymore History Club one lunchtime a week, where we look at current affairs, global histories, mythology, and have debates and discussions. This is a great opportunity for enthusiastic history students to develop personal interests, as our weekly focus is often chosen by the students themselves.

We begin with looking at ancient civilisations – Greek roman and Islamic focussing on historical evidence and developing skills needed to be a successful historian. Focussing in Skills of chronology, causation and consequence. We then move into medieval British 1066- 1465. Looking at significant events and their impact on how it shaped Britain to what it is today. This continues when we look at the reformation; church vs state, Elizabethan England where the enquiry was Elizabethan England a Golden Age will be the focus, developing skills of debating and using evidence. Ending the year with the fight for democracy the civil war.

This year will largely focus on the development  of the basic skills learned in the first year of study.

Local connections will be made through the significance of Bristol within the slave trade but also with further research how local buildings not only local to Brymore but their own villages/towns have connections. From this following a chronological view we will go into the development of Empire of Britain, Spain and Portugal leading us to the industrial revolution. The second half of the year will be a focus on the development of the metropolitan police with case study of Jack the Ripper. Ending the year by looking and researching the First World War and afterwards its impact on women’s rights.

Beginning the year where we left off from year 8 – focussing on the key events of World War Two to the impact and devastation of the Holocaust. The Spring term will focus on the world post war; The creation of the NHS and welfare state in Britain; Thatcher Government and the Cold War (Korea and Vietnam). Finally the skills developed from the three years of study will lead us to the beginning of the GCSE topic; Medicine through Time where we will be looking at how and why medicine and treatments have changed.

This option comprises a thematic study, Medicine in Britain c1250–present, and a study of the historic environment, The British sector of the Western Front, 1914– 18: injuries, treatment and the trenches.

Studying Medicine in Britain will give students an overview of the impact that improved knowledge, understanding and technology has had in Britain from 1250 onwards. At its heart, the Medicine in Britain study is the story of change and continuity in medicine and the factors influencing its development. The study begins in the Middle Ages, with a focus on the importance of the Church in controlling medical training and providing care for the sick but also considering its reluctance to abandon faith in old methods for new, untested ideas, or its position of authority in the study of medicine. Following the decline of the power of the Church, the study moves through the Renaissance, the scientific revolution, the process of industrialisation and into the nineteenth century, when new discoveries and developments started to have a big impact on the understanding of disease. The focus moves to the rise of technology and the growing importance of government from the nineteenth century onwards. In the linked historic environment, students learn about the relationship between conditions on the Western Front and their impact on the nature of illness and the provision of medical care, within the broader context of developments in medicine in the early twentieth century.

Key individuals and events are studied as a way of examining change and continuity. For example, the work of William Harvey and Edward Jenner provided important advances in one way and yet could also be said to have had a limited impact on medicine overall. Similarly, comparisons can be made between epidemics such as the Black Death in 1348 and cholera in 1831.

The history of the Native Americans and the American West has long fascinated people of all ages – from the romantic view of the Indian and tribal life to the dusty and bandana-wearing image of the cowboy that has been portrayed in literature and the media. In this option, students will have the opportunity to explore what the ‘real’ American West was like and examine the impact of government- sponsored expansion in the American outback, which had far-reaching consequences for both the Indians and the many settlers of the time.

This was a defining period in the history of the USA, as a huge number of people moved west to settle on the Plains and the frontier of settlement was pushed westwards – driven by the belief in Manifest Destiny to expand the United States from coast to coast. The lives of the Plains Indians changed dramatically over these 60 years, as railroads, the cattle industry and gold prospecting impacted on their previous ways of life and means of survival, and they were moved into reservations.

Paper 2b) Anglo-Saxon and Norman England

1066 is a landmark event in History. While the date is instantly recognisable, few realise the trauma and suffering the Norman Conquest wrought. This depth study, focused on the period 1060–1088, allows students to develop a deeper appreciation of this pivotal time. The content is divided into three key topics broadly covering Anglo-Saxon England, the Norman Conquest and subsequent rebellions and finally, the nature of the Anglo-Norman state.

From Lord of the Rings to Game of Thrones, Anglo-Saxon England has long held a place in the popular consciousness. This GCSE option gives students the opportunity to discover the real Anglo-Saxon England, and analyse its political, economic and social structures. Many of the features of today’s Britain were already apparent in this kingdom.

It was, above all, an age of warriors and 1066 witnessed a clash between larger than life characters. The battles of Harold Hardrada, Harold Godwinson and William the Conqueror provide the drama of military history. Post-conquest England acts as a fascinating case study into how a country responds to foreign occupation. As well as the many countless acts of defiance against the Normans, England was shaken by major rebellions and it took almost a decade to subdue a hostile population. Shock and awe tactics went only so far and had to be supplemented with conciliation and reform. This depth study therefore provides a fascinating glimpse into statecraft.

England, by the time of the Conquerors’ death, was a country locked down by castles and presided over by a fabulously wealthy foreign elite. Already though, life was moving on and the first intermarriages were taking place between Normans and Anglo-Saxons. Change and continuity is a key focus of history and the study of the period 1060-1088 highlights perfectly how, despite something as brutal as a military occupation, the underlying direction of a country is far harder to change.

In contrast to the proud, patriotic and celebratory mood with which Germany entered the First World War in 1914, a shocked and defeated Germany bitterly resented its treatment by the victorious allies with the Treaty of Versailles in 1919. A new, democratic Weimar Germany was burdened with severe political and economic dislocation and, by 1923, faced the humiliating invasion of its industrial centre, the Ruhr, by the French. However, a mixture of Stresemann’s work and more favourable international conditions allowed Weimar Germany to undergo a period known as ‘the Golden Years’, until the Wall Street Crash in 1929 had significant economic and thus political consequences for Weimar Germany.

At the end of the First World War, the newly-created Weimar Republic faced challenges from both Left and Right, including the Spartacist Uprising and the Kapp Putsch, creating a period of political instability. The right wing of German politics particularly resented Germany’s defeat, the peace treaty and the new democratic style of government. Hitler became leader of the National Socialist Workers’ Party in 1921. After failing to achieve power by means of force in Munich in November 1923, Hitler determined to achieve power by democratic means. Once power had been achieved he believed that democratic government could then be abandoned.

The economic and political crisis in Germany during the Great Depression led to Hitler’s appointment as Chancellor in 1933. In less than two years the multi-party Weimar Germany had become a Nazi dictatorship led by the Führer. The Nazis imposed their vision of what Germany should be through a mixture of brutal means of repression and extremely effective propaganda. Nazi beliefs and policies had a great impact on the role and status of women, particularly in relation to the changes that had occurred during the Weimar period, and encouraged the young in particular to be enthusiastic, loyal supporters of the regime. For many, the repression and control was acceptable because of benefits brought about by the Nazi dictatorship, for example, the end of mass unemployment and rising living standards. Some were not convinced by these economic gains and a wide range of individuals and organisations bravely opposed the brutal dictatorship.

There were also clearly identified groups that the Nazis believed had no place in their vision of society; those groups included Jews, the mentally and physically disabled, Slavs, ‘gypsies’, and communists. In the years 1933–39, German Jews were persecuted through increasingly harsh methods. This began just two months after Hitler became Chancellor and included laws to separate German Jews from the rest of the population, as well as systematic and violent attacks on homes, businesses and places of worship. 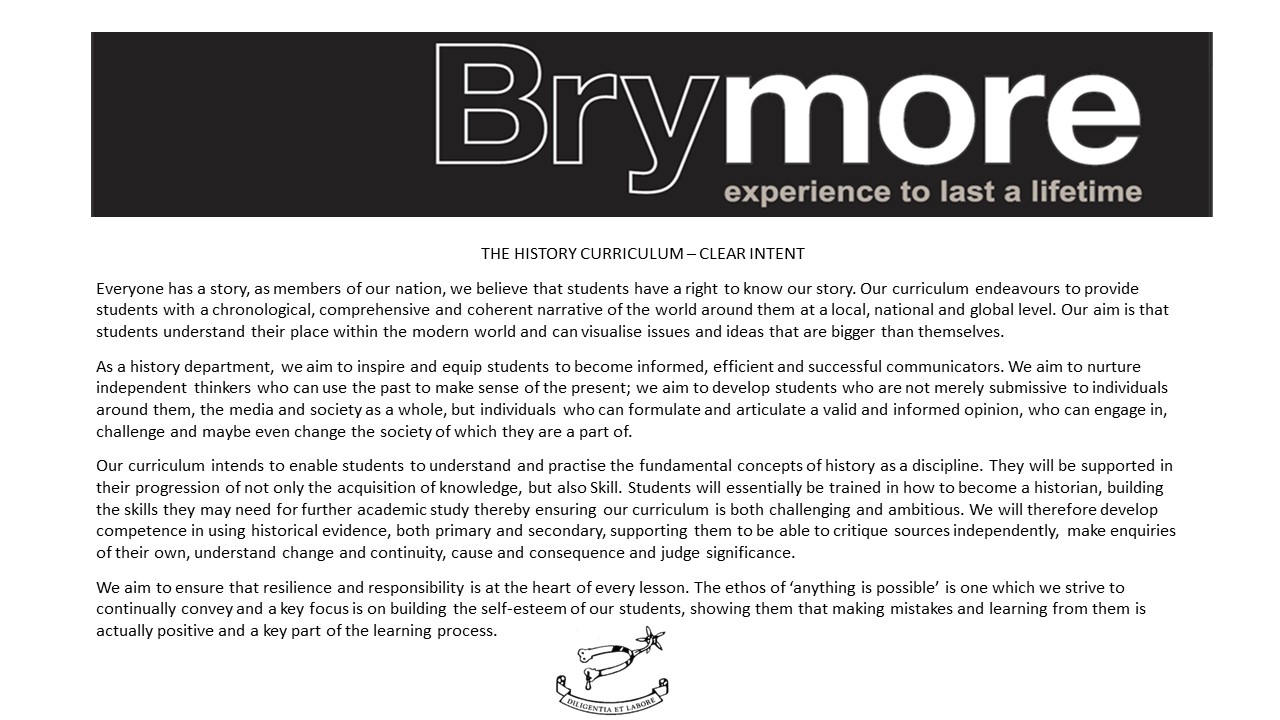